Rateahospital.com - The Voice of the Patient
​By Yisrael M Safeek, JD
USA
June 7,  2021 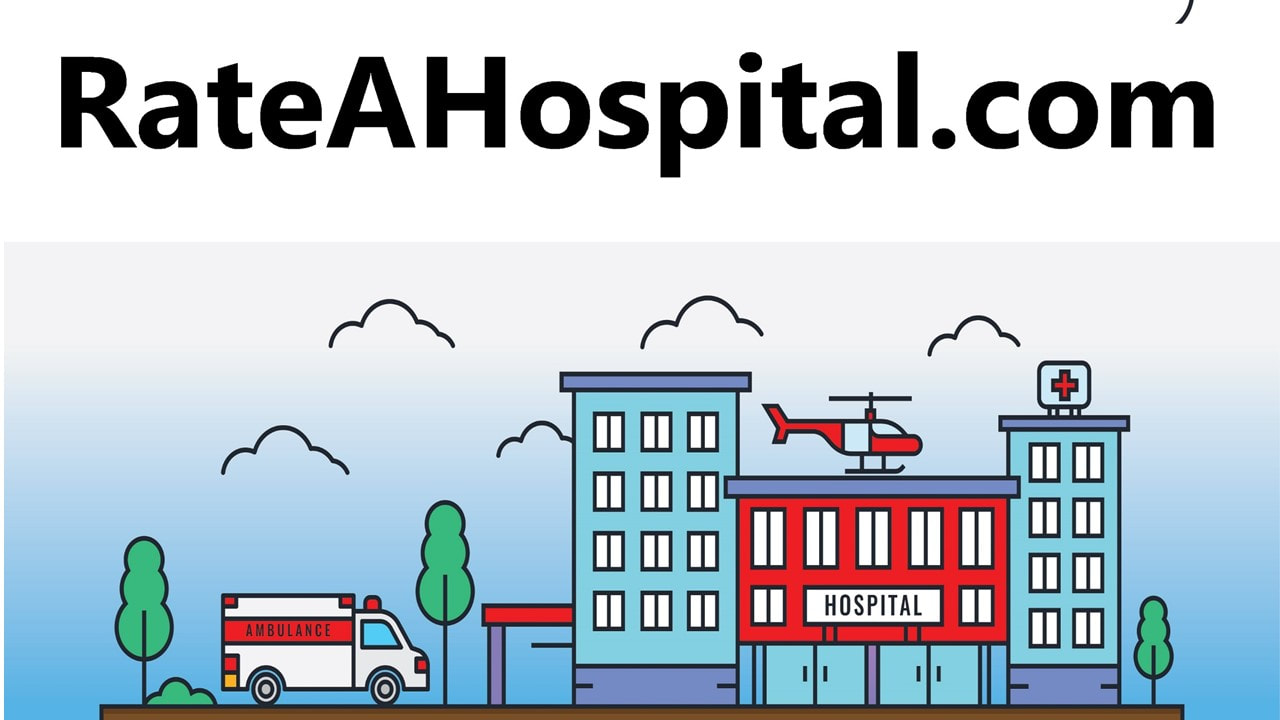 “My husband had a heart attack on 1/4/2021. Doctors were unable to clear the Blockage as it was too low from the heart. Safer to treat via medication. HA probably due to UC flare up. Was moved from ICU five days later and put in room (-) to manage complications from UC. Dr. (-) did a horrible job caring for him. Was always on her cell phone and not paying attention. None of the doctors seemed to be reading his chart. Hemagloban dropped to 7 in the am and nine of the doctors took action. Until I complained to the director of the floor. I sit here now watching my husband wither away. He now needs a transfusion but haven’t heard back from anyone in over an hour. Manager (-) does nothing and knows nothing about his patients. (-) the director of the floor attempts to help but does not respond to messages. Dr. (-) has been contacted but hasn’t checked in at all. Left multiple messages for (-) CNO- no answer. No answer from (-), CMO. No one cares here. Nurses giggle with each other all day. Stay away from this hospital if you want to live!”
– Posted 11 January 2021

“On Sat 3-20-21 I went to the ER at (-) suffering from intense (10/10) pain, swollen left foot with plantar ecchymosis after a fall. The foot was black compare to my other foot. The ER doctor came in the room, and ordered a foot x-ray. About an hour later the doctor said the x-ray showed “soft tissue swelling, possible ligament tear, bone intact – no fractures.” Despite the pain and the swelling, I was released by the nurse with printed instructions to apply ice for a sprain, and NSAIDS for pain. Over the next 10 days, I continued to suffer “night sweats”, toes coiling up, foot spasms, gritting my teeth and crying as I try to walk. I got an appointment with an orthopedic surgeon for a second opinion who requested my record from (-). On Fri 4-2-21 I went to the orthopedic surgeon who told me based upon the x-ray I had at (-) I have a Lisfranc fracture. He ordered an MRI to evaluate the full extent of the damage.”
– Posted 05 April 2021

“In addition to other factors (such as nurses who once told my husband when his mother was dying and responded "everyone dies" when my husband asked one to be gentle to his mom), the hospital has either hired a third party call center or centralized their switchboard, so it is next to impossible to contact a specific doctor's office. So, when we called about a prescription, after finally getting through, the person on the phone mixed up the doctor and the prescription that was supposed to have been called into the pharmacy. And then she yelled at us. Now we have to drive to the office to get some real help. Find another hospital. There are some people who care but not many.”
– Posted 06 April 2021

“My wife came in with a gash in her head, bleeding and shit and these mf’s in the emergency room that work here chilling or on the phone and shit. This is why black people don’t go to hospitals. People is just looking for a check and it ain’t right. Just a few minutes ago a lady came in and was in a lot of pain, Now I know that there’s other people in here waiting just like me but damn she was asking the sorry people that work here she need help now and the lady she was talking to act like she talked to someone and told the lady in a few seconds (Bulshit). This is by far the WORST Hospital in Houston Texas seriously. (-) is all I can do right now people that work in hospitals should care more or work at a place where they don’t have to deal with People. And yes I’m a Black man if who ever reads this cares. Over and Out....”
– Posted 25 March 2021

“Quite incompetent. Though some staff were outstanding, the overall effect was not professional. For example: Before surgery we had three items pre-approved, allowances for ADA. Once there some of the staff had no idea even what the Americans with Disabilities Act is. They refused to comply. Here’s just one example of how my husband was treated: Having just had major surgery, my husband requested the prescribed-by-the-doctor pain management. The nurse refused and waited more than 2 hours before giving him the doctor prescribed dosage. She then lied and said she'd send someone into the room to reload the ice to keep down swelling and to improve healing. She did not. Finally 4 hours later (without ice), an attendant came in and refilled the ice. I could continue with examples, but you get the idea. To top it off when we left they wrote both of his prescribed after surgery medications on the same sheet. Since they should be giving patients every day Rx to take home, you’d think they would know the laws in our state. The pharmacy could not legally fill the prescription. It took another day and several phone calls to the doctor directly to get the patient’s much needed medication. It was like two different staffs that don’t communicate with each other. The team in the surgery suite were outstanding and if that had been our only experience, we’d rate the hospital with 5 stars, but the incompetence of the staff on the floor and the way I was treated by the administration and their refusal to abide by Federal and State laws, makes it a place I would never want to have to use again. If you are a family member are under the ADA, I advise you to avoid this hospital. His doctor I would recommend to anyone he gets 10 stars. He was amazing. His surgery team was outstanding. It was the hospital staff that was so uncaring and refused to follow what we agreed to at the pre-surgery appointment. A private corporation was more important to them than a disabled woman with two doctor’s letters stating my disability. They refused and put my health (wife of patient) in jeopardy. Dangerous!”​
– Posted 19 March 2021

“Yesterday I arrived at 8:20 for a 8:40 ortho doctor appointment. Pre-registration woman made me wait standing for over 10 minutes with a fractured foot while she was on the computer. After she was finished registering me, I waited another 45 minutes. It was only after I threatened to leave that they gave me a yellow card to go to radiology for foot x-rays. Poor service by nasty, lazy people. This place sucks.”
– Posted 14 April 2021

“On April 6th - A nurse called informing me that my CAT scan was scheduled at (-) 2 weeks from now. I told the nurse it was the wrong test – that my doctor ordered an MRI. I also protested against going back at (-) bc they sent me home with a fractured, swollen, painful, discolored black foot with instructions to apply ice pack and take NSAIDS. The nurse stated if I needed an MRI, I needed to call radiology and schedule it with them myself. I was taken aback and requested to speak with my doctor. Later, the nurse called back saying that they can schedule the MRI, but it is still going to be at (-). I protested against this location. I also told her I was in pain, and could not wait for 2 weeks. My doctor informed me that a MRI was scheduled for me and it is going to be at (-) in 3 days on the 9th.”
– Posted 20 April 2021

"I normally do not do reviews but feel the need to speak. My visit and stay with Dr. (-) and (-) Hospital was by far the worst experience I have had. When I told I was sober ten years and was very worried about pain medication, I was treated like nothing was wrong with me and the nurse (- on 5th floor) belittled me multiple times. It was not until the general surgeon came into my room that I actually learned what was wrong. This doctor (-) would not even look at my scan. I checked myself out ama and took my scan results to another gynecologist that was truly concerned I did not receive the care I needed. This experience was devastating and truly hurtful. I was shocked in the care that I received from this doctor and the nursing staff."
– Posted 28 April 2021

Another Level of Indecency

"Unfortunately this is supposedly one of the better hospitals in the South Florida area… I beg to differ… Coming from DC I’m used to the worst conditions in public hospitals and this is another level of indecency. Lack of communication, lack of time management, lack of order of operations among staff, carelessness regarding information that needs to be passed along for the sake of efficiency / time and proper care and management. Understaffed."
– Posted 28 April 2021

"I, the patient, was not the focus of their work as I had to hear about their weekend plans, how to train a cat to poop on a toilet, etc. Just awful. The procedure room was prepped wrong and did not have the needed tools. I heard multiple times that they did not have what was needed, it was back ordered, etc. The procedure was over sold to me and I felt that I was just a case to help their numbers as non-invasive treatment options were not presented. The invasive treatment as set me back, cost me money and did not work. I was on my back and could not move in the treatment room for over 4 hours. When I asked questions about what appeared to be going poorly, they just turned up the music. Just a horrible experience do not get this treatment!"
– Posted 29 April 2021

I Wouldn’t Take My Dog There!

"Worse hospital ever! The billing is a joke! I was taken in (not by my choice by my husband due to being scared) with stoke like symptoms in October received my first bill in March and they turned it over to collections today! They don’t even give people time during a “pandemic” to make payments. It’s sad! They want payments but what to keep the doors closed and loved ones dying alone. Worse hospital ever. I wouldn’t take my dog there!"
– Posted 26 April 2021