Swiss Watch - Switzerland's Precision Healthcare
​​By Peter Berchtold, MD; Isabelle Peytremann-Bridevaux, MD, MPH, DSc
USA
September 29, 2018
Switzerland is a democratic federal state of approximately seven million inhabitants, in which government responsibilities are divided between three levels: the federal level, the 26 cantons and the municipalities. The main feature of the Swiss healthcare system is its decentralized structure and therefore the relatively high degree of local autonomy. Indeed, Switzerland is considered to have 26 slightly different healthcare systems, one for each canton, acting autonomously in the organization of healthcare services in their area. Due to subsidiarity, responsibilities are always assigned to the lowest of these levels.
Universal access to health care is guaranteed since 1996 (mandatory health insurance), and the basic health insurance coverage includes a comprehensive package of health benefits, identical for all insured. Insurers are obliged to accept applicants, theoretically avoiding risk-selection across insurance companies. However, since the risk adjustment system has only poor performance, risk-selection remains a problem. Ambulatory care is provided by physicians working mainly independently in individual private practices. However, a growing part of primary care is provided by small group practices, as well as networks of physicians and health maintenance organizations (HMOs) acting on the principles of gatekeeping.
Apart from patients who choose to restrict their choice of doctors in return for lower premiums, patients have direct and unrestricted access to primary care physicians and specialists. While independent private practitioners are paid fee-for-services, physicians working in networks or HMO’s may be paid either on a fee-for-service basis or by salary. Acute inpatient care is provided by cantonal and publicly subsidized hospitals and to a smaller extent by private for-profit and not-for-profit hospitals. Inpatient care for patients with basic health insurance is financed by the cantons and the health insurance companies. The latter cover a maximum of 50% of the costs of the inpatient treatment whereas the cantons meet the remaining costs. Spending for health care in Switzerland is the third highest, after the USA and France, as expenditure per capita as well as a share of GDP amongst Organization for Economic Cooperation and Development countries.
Similarly to what is noticed in other countries, the Swiss population is aging. Projections estimate that the percentage of individuals aged 65 years and over will increase from 16% in 2005 to 28% in 2050. This aging of the population is accompanied by a discrete increase in life expectancy that reached 83.7 years at birth for women and 78.6 years for men in 2004 to 89.5 and 85 years respectively for women and men in 2050. While life expectancy in Switzerland is above EU averages, mortality rates in Switzerland are below EU averages.
In Switzerland, tobacco use places the greatest burden on the Swiss population, followed by high blood pressure, overweight, high cholesterol and alcohol consumption. While the prevalence of smoking has been declining both for men and women and most age groups, the prevalence of overweight has been increasing. The prevalence of chronic conditions has augmented markedly. Indeed, while 43% of adult Swiss residents self-reported at least one chronic condition in 1997, 51% did so in 2007. Projections based on epidemiological data estimate that the prevalence of chronic diseases representing the main causes of death, such as diabetes, heart failure, chronic obstructive pulmonary diseases, will increase by at least 50% in 2030.
In Switzerland, two types of integrated care organizations have been developed since 1990: physician networks and HMOs. Physician networks are defined as organizations which “provide healthcare services geared to the requirements of the patients by means of contractually agreed cooperation among themselves, with service providers outside the network and with the insurance companies”. Swiss physician networks represent hybrid forms or a mixture of integrated medical groups (IMG) and individual practice associations (IPA).
There are two types of HMOs. In the staff model, the physicians are employed by the insurance company owning the HMO. For the group model, the physicians are the owners of the HMO which is also true for the physician networks. What all these organizations have in common is the principle of gate-keeping: the insured persons commit to always enter the healthcare system through the same entrance or ‘gate’ if they develop medical problems. This gate may be a physician network, an HMO or a medical call center reached by telephone. Specialized treatment or in-hospital treatment can be obtained only by presenting a referral from a gatekeeper or care manager. In return, the insured are given a discount on their premiums. Emergencies are exempted from this obligation, and special provisions apply to visits to gynecologists and pediatricians. According to Santesuisse, the association of health insurers in Switzerland, the share of insured people choosing an alternative (managed care) type of basic health insurance increased continuously since 1990. 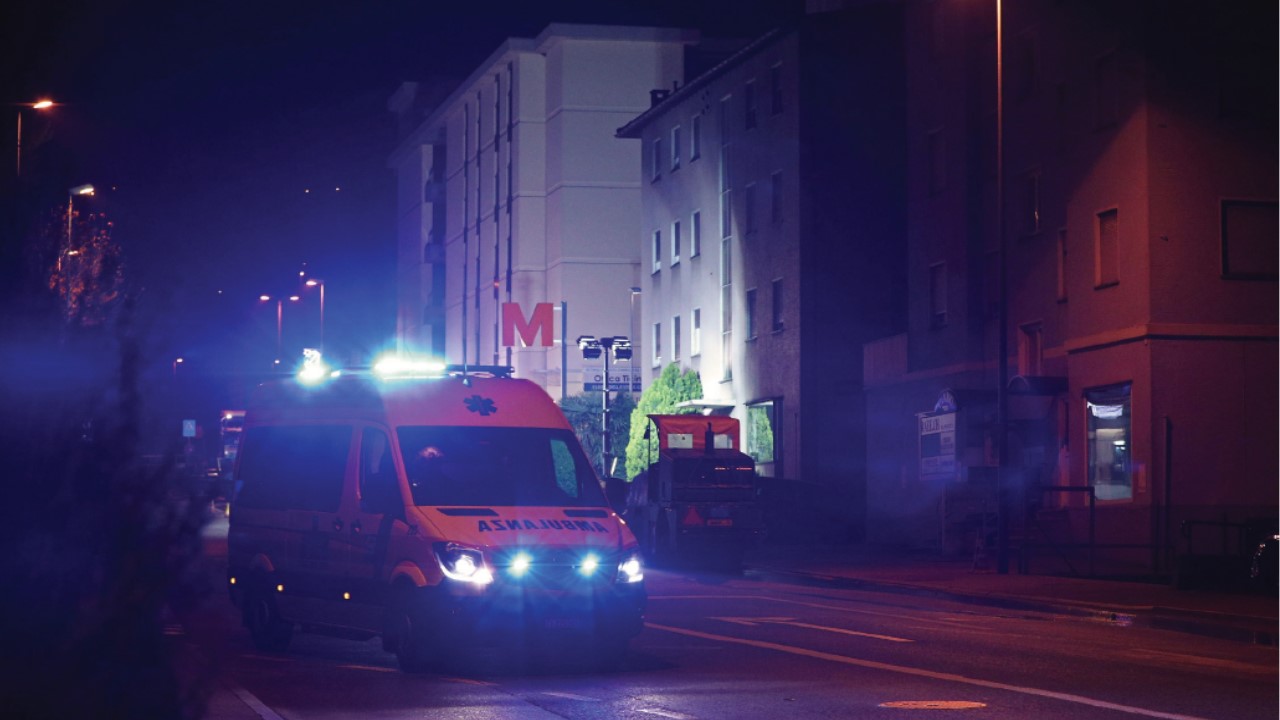 In 2010, an average of one out of eight insured person in Switzerland, and one out of three in the regions in north-eastern Switzerland, opted for the provision of care by general practitioners in physician networks or HMOs. Nearly all the physician networks have implemented one or more quality management elements. The focus here is on quality circles, which 96% of the networks commit to implement. These circles, which are compulsory for the doctors, are held with a median frequency of eight times a year. Other implemented quality management elements include critical incident reporting, use of guidelines, and contractually agreed disclosure of quality and/or cost data to health insurers.
​          More than half of the networks demonstrate their quality management work by means of a regular report sent to external stakeholders and/or a quality certificates. Almost half of the networks engage in contractually regulated collaboration with other (external) service providers—in particular, with hospitals, emergency services and call centers. Likewise, about half of the networks primarily refer their patients to ‘preferred providers’; these are most often specialists, hospital doctors, physiotherapists, radiology institutes, and laboratories. These ‘preferred providers’ are selected on the basis of personal experience and/or of results from the quality circles, quality data, and/or patient evaluations.
Physicians view the development of physician networks with skepticism. They believed that networks only reduced costs by constraining access to care (and therefore withholding care) or by abetting risk selection, and that physicians in networks are distracted of taking enough time to care for their patients.
Stronger integration and dedicated collaboration are viewed by most stakeholders within healthcare as the most effective and sustainable package of measures suitable for guaranteeing the high quality and economy of healthcare. The reasoning behind this widespread acceptance is the realization that healthcare systems are basically fragmented or simply ‘non-integrated’ because of the contradictory logic espoused by the individual players. The consequences are all too familiar: patient-care processes of low coherency, duplicate treatment tracks, treatment errors, etc.
However, another realization is even more important: it is not (only) self-interest and a clinging to power by the individual players that is responsible for fragmentation; rather, fragmentation can be considered a normal state of affairs in the healthcare system. It is important to note that until now Switzerland had no laws and no political blueprints for integrated care, no statutory framework for physician networks, and no public (start-up) financing for corresponding projects. Physician networks and HMOs were all established solely by initiatives of physicians and health insurance companies. The sole basis for these activities is the healthcare legislation (Swiss Health Insurance Law, KVG) which allows for such initiatives and developments. In other words, when more than half of all primary care providers in Switzerland decided to join physician networks and three out of four of them entered into contracts in which they agree to assume financial co-responsibility, they did so voluntarily.
​          This assume financial co-responsibility, they did so voluntarily. This is important primarily because contractually stipulated integration and financial co-responsibility are diametrically opposed to the traditional professional under-standing of physicians. We therefore conclude that the initiation and development of physician networks in Switzerland may be viewed as a model of ‘responsible autonomy’ balancing clinical autonomy and financial accountability. This would argue that despite the contradictory logic of the individual players, service providers and financing bodies can join forces to develop and implement, on their own initiative, integrated care organizations that frequently extend over large geographical areas.
The future challenges in Switzerland are both to develop physician networks and other chronic disease management initiatives towards more comprehensive integrated care.
​          These developments need to target comprehensive services across the care continuum, standardized care delivery through inter-professional teams, performance management, information systems, governance structure and financial management. Meeting these targets also means modifying practices and attitudes, reorganizing the healthcare system while optimizing and coordinating available resources, and not forgetting to emphasize health promotion and disease prevention.
Unless otherwise noted, you can republish our articles for free under a Creative Commons license. Here’s what you need to know:
Featured
Featured