2016 Person of the Year - Saving the World from Superbugs
​​By Yisrael M Safeek, MD, MBA​
SWEDEN
​October 9, 2016
​Yisrael Safeek: Welcome Dr. Cars. You have spent more than 20 years spreading the word about the risks of antibiotic resistance around the world. You are one of the founders and the second president of the International Society of Anti-infective Pharmacology. You are also the founder of the international network ReAct – Action on Antibiotic Resistance. Through Science outreach, you have disseminated evidenced-based information driving the issue of antimicrobial resistance toward political decisions, both national and international. Your twenty plus year work on yielded tangible results when on September 21st, UN Member States convened for the first  ever High-Level Meeting on Antimicrobial Resistance (AMR) during the 71st UN General Assembly (UNGA). AMR became the fourth ever health issue to make it onto the agenda of the UNGA, only preceded by major global health issues such as HIV/AIDS, non-communicable diseases, and Ebola. Heads of States adopted a Political Declaration calling for coordinated, global action. You were awarded H.M. The King’s Medal by King Carl XVI Gustaf for your contributions to the betterment of mankind. Antimicrobial resistance, conservatively calculated, causes more than 500,000 deaths every year with one third of neonatal sepsis deaths linked to resistant pathogens. Can you tell us, what is antibiotic resistance?
Otto Cars: Ever since the 1940s we’ve been used to be able to treat common bacterial infections such as pneumonia, urinary tract infections, wound infections and sepsis with antibiotics both in the community and in hospitals. Today, successful treatment of these and many other infections is becoming more and more difficult, because of antibiotic resistance, which is a phenomenon that makes these medicines ineffective.
But it is not only the successful  treatment of  individuals that is at stake. Antibiotics are indispensable components of any health system in the world and they’ve been a prerequisite for what we have achieved until today in modern medicine, like major surgery, transplants, cancer chemotherapy and the survival of pre-term babies just to give you a few examples.
As you stated, we’re seeing a worrying increasing death toll of resistant bacterial infections worldwide. For too long, this problem has been neglected, and if the situation is not urgently dealt with by governments and international organizations we are facing a true global crisis - not only for public health, but also for global sustainable development and economic growth.
YS: What causes antibiotic resistance?
OC: Antibiotic resistance is a way for bacteria to avoid the effects of antibiotics. This can be accomplished through several mechanism e.g. by preventing the antibiotic to enter the bacterial cell, or pumping it out of the bacterium. Bacteria can also change the target molecule for the antibiotic, thus preventing it from exerting its effect and they can sometimes also destroy the antibiotic itself, in fact, they break it down. So there are many ways that they can resist effects of the antibiotics. And some bacteria are equipped with several of these mechanics simultaneously.
Bacteria are all around us; in the environment, one gram of soil contains millions and millions of bacteria .They are also in us: bacteria are vital components of the human body! An adult person has on average 1.5 kilograms of bacteria in the normal bacterial flora, primarily in the gut and on the skin.
In all bacterial populations  there will always be some bacteria that have become resistant, and when we treat humans and animals with antibiotics, and disseminate these drugs into the environment, the resistant bacteria has an advantage – they can survive and will be selected.  This evolutionary process has been driven by the millions of tons of antibiotics we have used during more than 70 years and as a result we are now facing multi-resistant bacteria spreading globally. 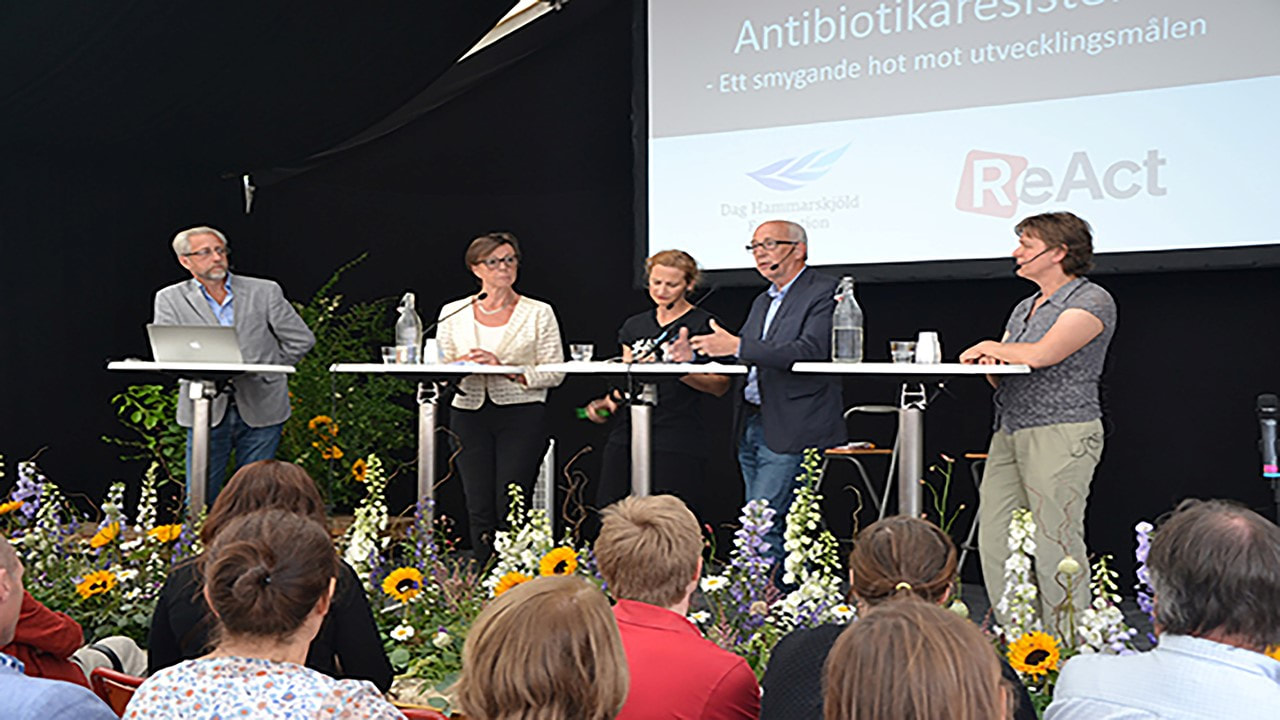 YS: You wrote in one of your papers that we’re seeing the “tip of the iceberg” with antibiotic resistance, what do you mean by that?
OC: Well, I mean that, although antibiotic resistance undermines the safe treatment of many important diseases, the world has not reacted proportionally to this problem and has not dealt with it in the way it should have. Because antibiotic resistance is not a disease itself, it has not been visible, the major consequences have been emerging under the surface, and thus have not been properly measured and understood until the last five or six years. Today we have strong evidence of the attributable mortality of antibiotic resistance from the EU, US and globally. We can see today that burden of antibiotic resistance falls disproportionally on low-income countries with weak health and sanitary systems, but it has been hidden among many other major health challenges, again being an invisible threat.
YS: Why is that important not to use antibiotics unless it’s absolutely necessary?
OC: I think the analogy with climate change might be appropriate here. If we look upon effective antibiotics as a global public good, a common, scarce resource, all of us have the responsibility to preserve this resource, because it might not be easily renewable, like fossil fuels.
Any antibiotic use will lead to more resistance, so everyone using antibiotics is contributing to resistance development. To slow down and manage this phenomenon, we must take a shared responsibility to avoid unnecessary antibiotic use, which is a big problem everywhere. I believe that continuous awareness- raising efforts toward the general population is really an important tool to make everyone part of the solution.
In some countries, antibiotics are readily available over the counter, in pharmacies and in drug shops. If the public becomes aware of when antibiotics should be used or not, the unnecessary demand could be changed and that would be a very good contributions to the solution.
YS: Are there clinical practice guidelines that can help healthcare professionals determine whether an antibiotic is needed?
OC: Yes, absolutely. Because of increasing resistance among bacteria, the choice of antibiotics is becoming more difficult and guidelines are important both to ensure maximum patient safety but also to avoid unnecessary antibiotic use. Guidelines need to build on good surveillance systems in the hospitals, monitoring dynamically the resistance trends so that physicians can target the treatment, the best way. A great help would be a rapid diagnostic test quickly could guide this decision. This has for too long been a neglected area for research and development, but more diagnostic tools are now becoming available, and it is important that these are implemented in health care since they will contribute both to cost-effectiveness of treatment and to patient safety.
YS: Why are we so worried about these “nightmare bacteria”? Are they Gram-negatives?
OC: Yes, what’s being called “nightmare bacteria” or “superbugs” in the media is today primarily the Gram-negatives, a group of bacteria that are present, for example, in the gut flora in humans and animals. They have a very complex outer shell which makes it very difficult for antibiotics to enter. They also are more and more equipped with other resistance mechanisms making them multi-resistant.
This makes them really difficult to treat, and some of these Gram-negative bacteria that are now travelling around the world are resistance to almost all available antibiotics. This, coupled with the fact that for these specific Gram-negative bacteria, drug development has been standing still for more than 30-40 years, makes the situation really frightening. The pipeline of new antibiotics is definitely not meeting the needs.
YS: Should hospital leaders be concerned?
OC: Absolutely. Hospital leaders have the responsibility of course to create the safe environment for the patients and minimize the risk for emergence of nosocomial infections including those caused by resistant organisms. Safeguarding the effectiveness of existing antibiotics and minimizing the risk for hospital outbreaks is becoming increasingly important. We really need to see this as a quality issue in healthcare. Optimizing hygienic measures and compliance with infection control practices and supporting systems for prescribing decisions are key responsibilities for hospital leaders.
YS: Which populations are at increased risk?
OC: The most vulnerable are patient populations with weak immune defenses, for example patients undergoing transplantation or cancer chemotherapy and patients taking other kind of immune suppressive drugs for chronic diseases. Neonates or preterm babies with non-developed immune defenses are also more vulnerable, as are elderly people. When local barriers in the body are broken e.g. during surgery, bacteria from the normal flora could easily spread into the blood causing sepsis. In low-and middle-income countries malnourishment among children is another important factor. ​ 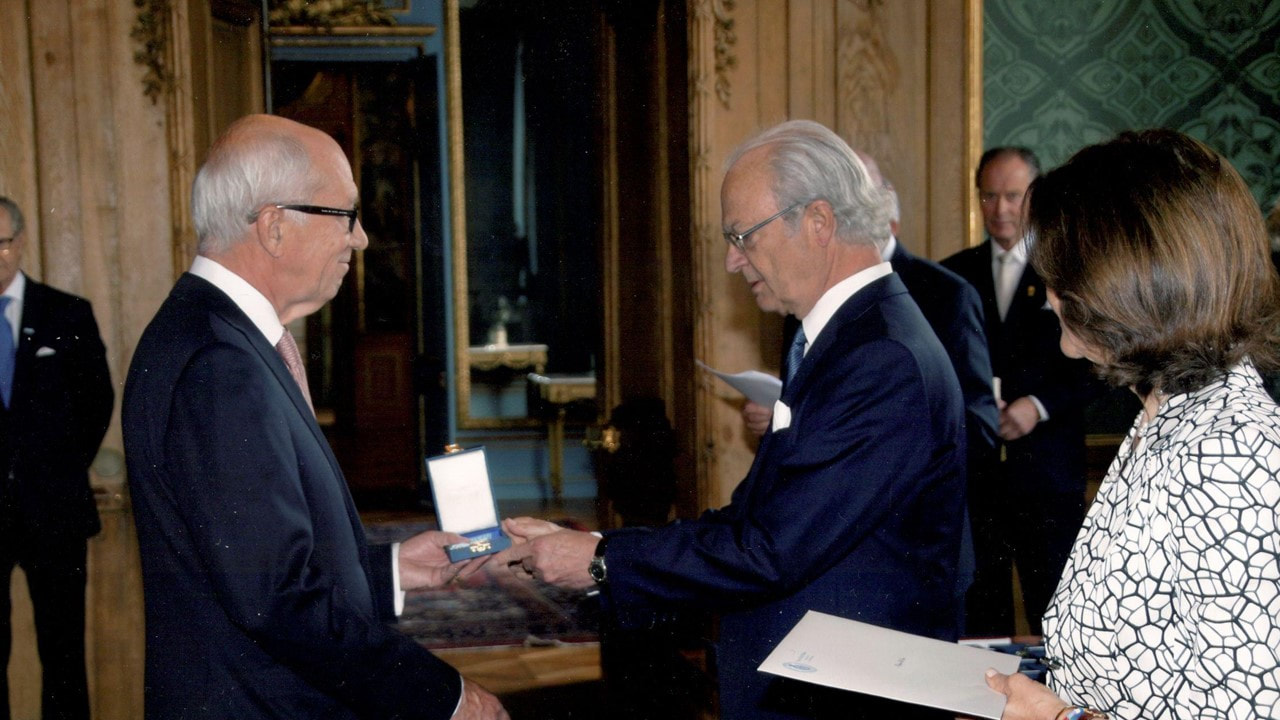 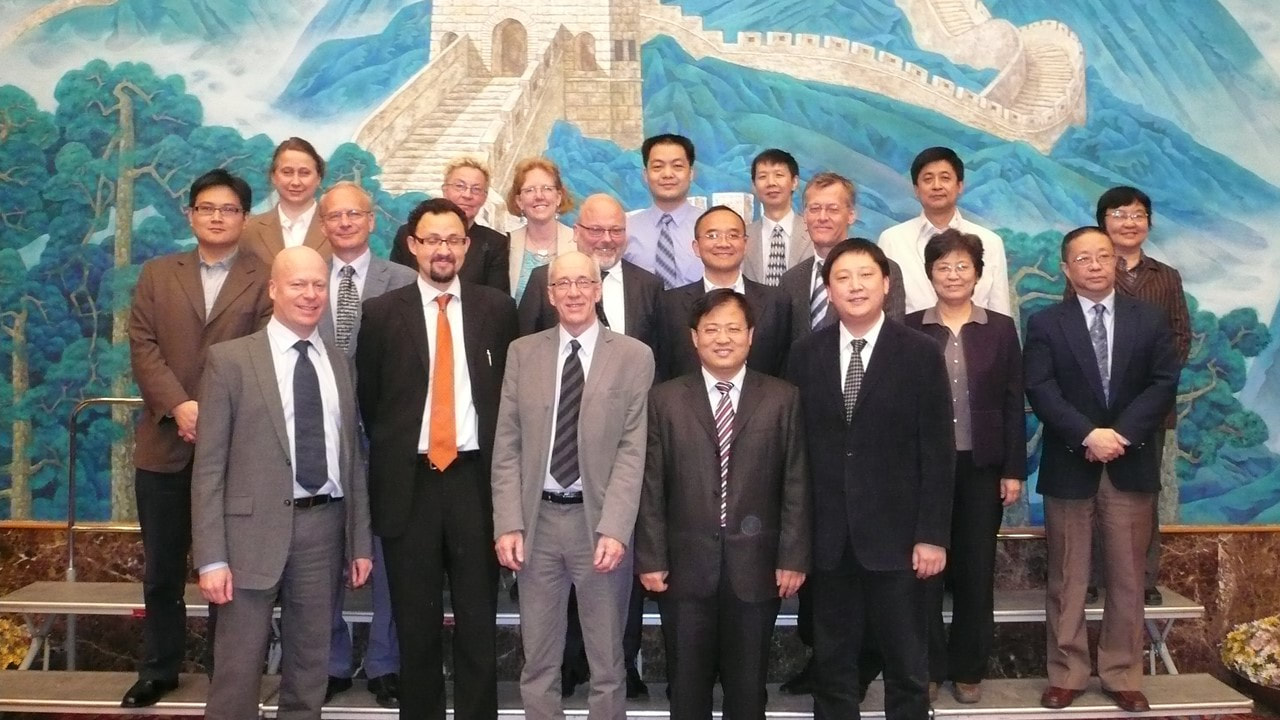 2016 Person of the Year finalists