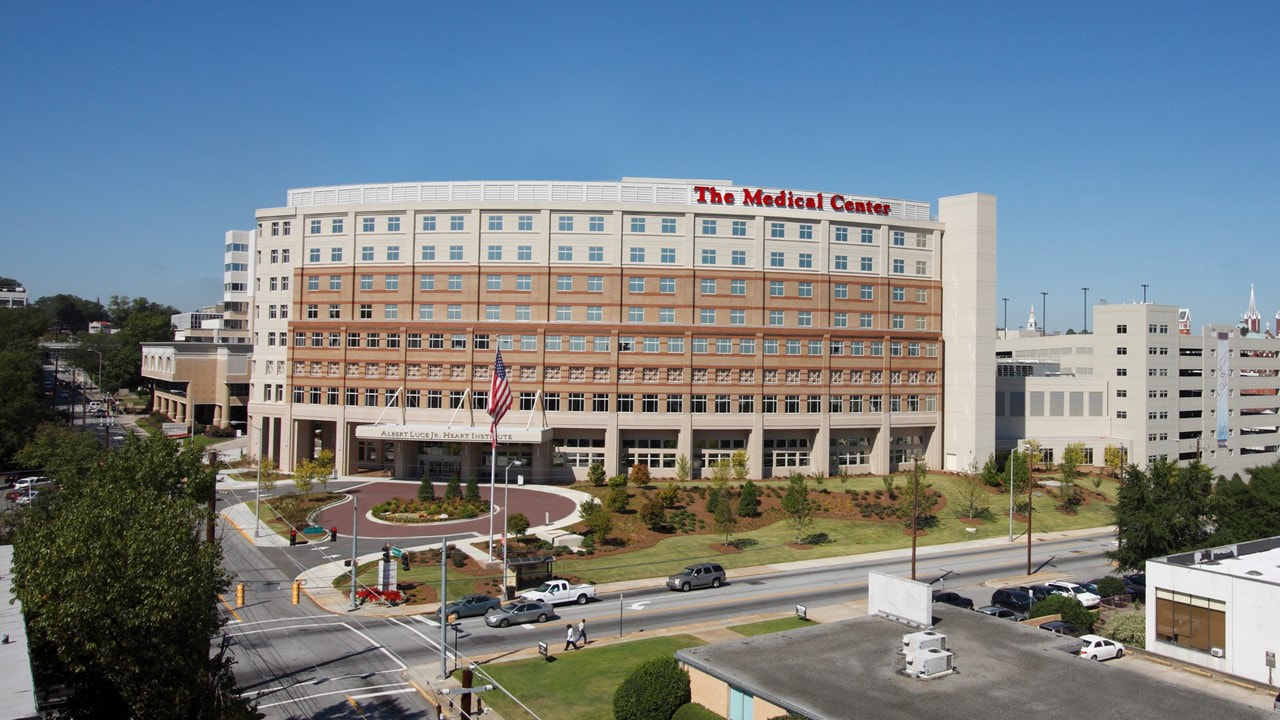 Pursuing Excellence - Navicent Health
​​By Roy E. Gilbreath, MD, MBA, Chief Integration Officer, Navicent Health
USA
​April 2, 2019
We implemented programs that increased our work force engagement to 78 percentile which is very good.
​Yisrael Safeek, MD, MBA: Welcome Dr. Gilbreath. With over two decades in physician executive roles, you held positions in medical informatics for hospitals and Multum Information Services, now part of Cerner. You also authored and edited the book Health Data Quest: How to Find and Use Data for Performance Improvement, published in 2000. In your administrative role with Navicent Health, you are responsible for system of care integration across the continuum of care from the patient's perspective, system quality and safety, and medical informatics. Navicent made The SafeCare Group’s inaugural 100 SafeCare Hospitals in 2013, and has since become a leading health system in the South. Can you tell our readers some of the ingredients for accomplishing and maintaining excellent outcomes?
Roy Gilbreath, MD, MBA: So one of the ingredients, I would say having a great mission, vision, values. A quality mission that supports quality care and safe care would be a key ingredient that is fully embraced by the CEO, senior leadership team and as many of the individuals in the organization as possible including physicians. The second ingredient would be work force engagement including as we call him teammates engaged in physician engagement - I think it’s a key leading indicator of improvements in quality and safety. The third area that I would say is having a culture that values quality and safety - we can measure that of course. It’s a bit of a lagging indicator. It’s related to things like reporting, just culture, things of that nature but those are a couple of the ingredients I think for accomplishing and maintaining excellent outcomes. Having a strategic vision that embraces quality in our case elevating health through compassion and care for example.
Having an engaged work force we’ve made major strides there recently with our yearly employee survey and then finally that being translated into a culture of safety and quality, openness in reporting to understand issues before they occur while they’re near messes, etc. I think your organizations have to have good data systems that show opportunities when they occur. You have to have transparency that allows you to present, if you will, bad news because how else are you going to improve if it’s not transparent. I think you have to have good leadership to circle back, collaborate typically. It’s a combination of medical staff and nursing staff but other professionals, pharmacy, therapist etc. who come together; who actually develop the actionable plans, and then of course celebrating success is absolutely critical. Even if it’s a small success, I think it’s important to identify equality and safety success stories even in the context of daily patient stories, success stories, things of that nature.
We call it here a Navicent term ‘connecting to purpose’ and the purpose typically is around a success story where an employee intervened in patient care to make a real difference in that patient’s life. So I think that’s very important. I think leadership availability on the floors, so things like visiting for impact grounds that our senior leadership and middle management team do on a regular basis so employees understand that we’re there, we care about a safe work place, do they have the adequate supplies they need. So that’s probably a longer answer than you were looking for but as far as the key big ticket items I think those are primarily the ones I would recommend. 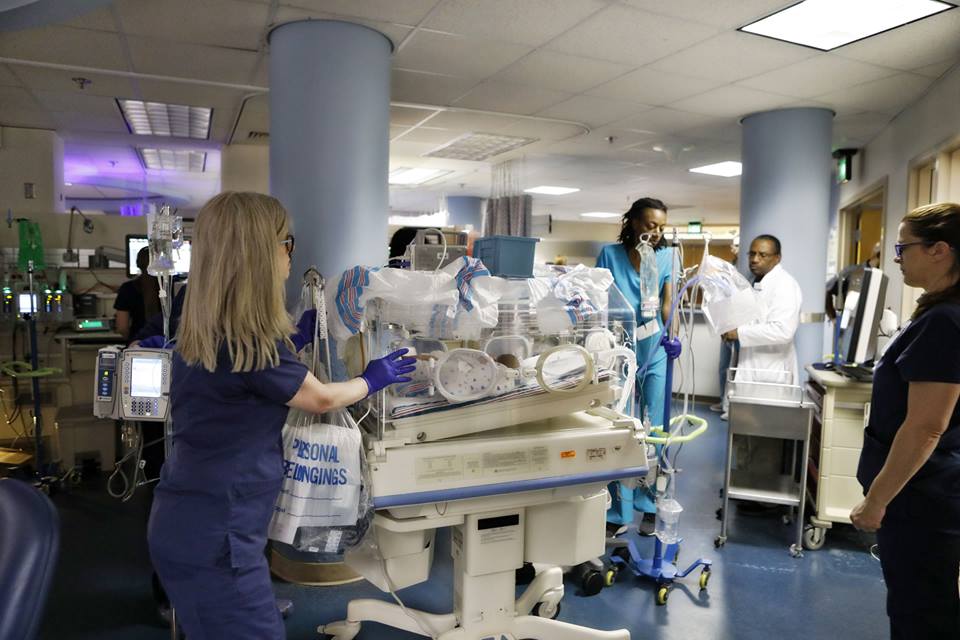 YS: What percent of the doctors used the EMR?
RG: 87% of our CPOE -Computerize Physician Order Entry - medication orders are entered by physicians. So that’s the percentage of medications that are ordered by physicians. Now the other 12% believe or not are about 8 to 10% of those are telephones over verbal orders realizing if you’re a surgeon and you’re in the middle of a procedure you’re not going to break scrub to go enter an order you’re going to give a telephone order or a verbal order. And if you’re at home in bed, you might not just hop out to bed and enter in the computer, you might give a telephone order or a verbal order. And industry standard for that is right around 10%. So what that means is when you do the math there’s only 3% of our medication orders right now that are entered by a handwritten or some sort of a templated format, like a fax document.
YS: Do physicians at all Navicent sites have 24/7 access to their individual quality, safety, and efficiency performance?
RG: No I wouldn’t say we do that, we have a periodic access. Ongoing practice evaluation requires that this be done by annually. And so we do produce that, it goes to the departments like surgery, medicine. And those reports are ensured with an individual provider. And of course if there are variances, high mortality rates then those are addressed in the peer review formats.  But continues access we have not enabled that for 24/7 access. Now if you’re looking at several settings and medical staffs. The medical staff we don’t have a unified medical staff, each of those facilities I mentioned earlier has their own medical staff governance process. So it’s slightly different and not the same access to technology at each of those sites. I can tell you Baldwin, Peach and Navicent Medical Center have access to a product that generates OPPE automated. Not all of those facilities have an EMR either. So the ones that have an EMR is a little easier to produce those sorts of reports, but we have periodic access but not continuous physician specific access.
YS: As the healthcare arena shifts from retrospective care patterns analysis to predictive analysis - what steps is Navicent taking in the artificial intelligence arena?
RG: Well it’s an area of interest and there’s a lot success stories out there about AI or artificial intelligence, giving physicians warnings and deploying those. I think of Ochsner (Health system) with a early warning system that really for the most part reduced the number of false positive responses and the rapid response team was deployed in those cases were the patient really was experiencing deterioration. We have that out as a model I have interested my CIO in going forward with that, with our IT vendor that is not yet happened yet but we’ve considered that and there’s extra teeth onsite. Secondly, we’ve hired a chief analytic officer from Mayo.  I think it’s the title or something along those lines and of course the staffing necessary to pull that off. We do have advance enterprise analytics here already. We have enterprise data warehouse. We call it enterprise analytics. We use many of the reports generated on this institution come out of that including the quality reports that we been talking about. But you’re right they focus on retrospective descriptive analytic and I think in the future we now have an executive starting in the very near future who’s going to be addressing predictive analytics.
YS: What keeps you up at night?
RG: Well, are you able to maintain your quality journey in a positive way. For one thing there are new parameters that come on the scene that you hadn’t even considered. For example barcode med administration, we had struggled that it’s been a big goal our nurse are trying their hearts out. There’s so many technology issues that can arise, so you get knew challenges that come forward that really define chemo that sends quality of organization. So it’s never stagnant, you know what I’m saying.  The quality parameter there with reduction and that relates directly on up to harm or complication, right.  So I give you an example. Secondly, what keeps me up is the notion back sliding, are we actually loss ground? What happens there is you get new employees, you have turn over.  Have you actually hardwired your policies procedures? Do you have adequate work instructions? Do you adequately orient and train new individuals? And what about the emphasis and the focus, the culture and engagement in the work place, is there a tendency for folks to slack off? You worry about back sliding, some – or you’re going to lose ground? Are there new elements you really should be addressing? And the other thing is the work force adequately engaged. I mean this is the never ending journey, right? So those are the things that keep me up at night.
Unless otherwise noted, you can republish our articles for free under a Creative Commons license. Here’s what you need to know: