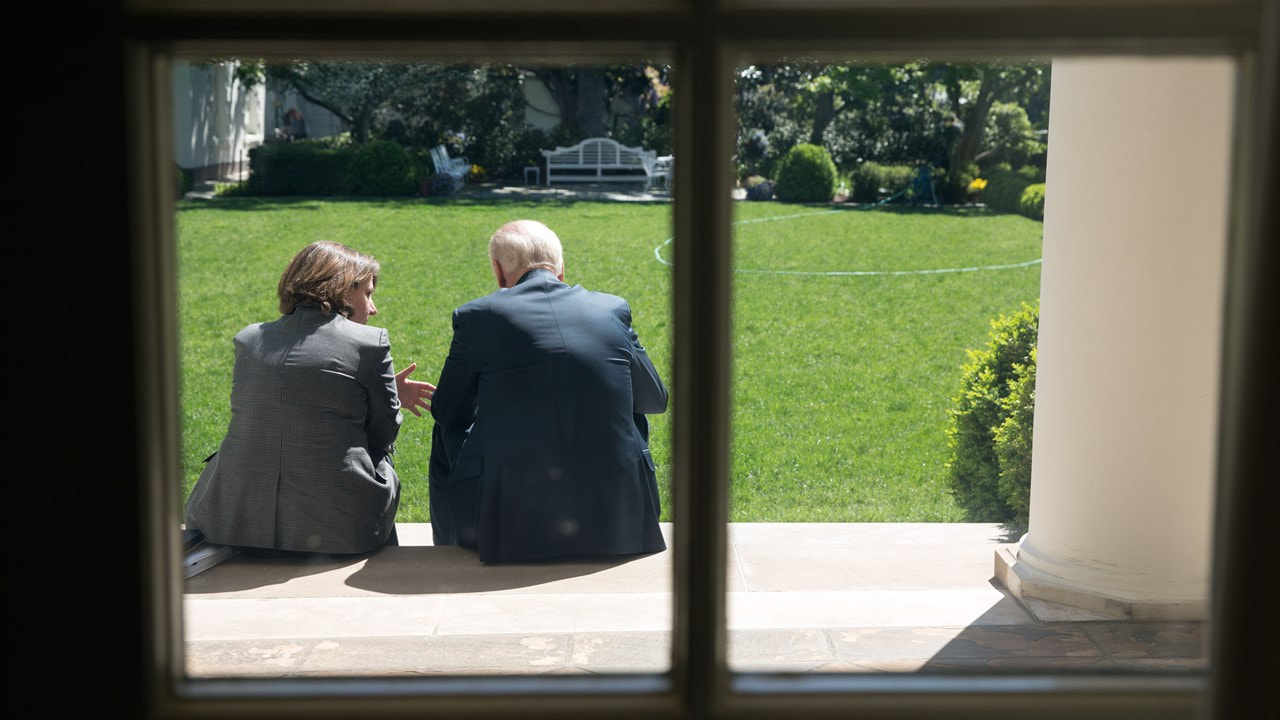 1. Memory Loss - Confusion Over Which Office He’s Running For

2. Memory Loss – Unable to Recall the Declaration of Independence

​Memory Loss:
​"All men and women are created, by the, you know, you know the thing."
Botched Declaration of Independence, 2020

3. Memory Loss – Confused the Day of the Week

5. Disorientation to Place – Confused about a City and State

​Disorientation to Place:
​"Oh, you’re an important city.”
Referring to the State of Arizona

6. Disorientation to Place – Confused about his Current Location

​Disorientation to Place:
​"We Can Win North Carolina.”
While campaigning in Danville, VA

​Disorientation to Time:
​"Those kids in Parkland came up to see me when I was vice president.”
Shooting was after he left office

​Inappropriate Behavior:
​“I have not been tested for the coronavirus”
And coughs into hand during pandemic

​Inappropriate Behavior:
​Tara Reade and other women have alleged that Biden either touched them inappropriately or violated their personal space

​Inappropriate Comment:
​“You cannot go to a 7-Eleven or a Dunkin' Donuts unless you have a slight Indian accent. I'm not joking."

11. Making Things Up - Claimed to have worked with Dead Chinese leader

​Making Things Up:
​"I'm the guy that came back after meeting with Deng Xiaoping…."
Deng died 23 yrs before that meeting

12. Making Things Up - Claim of Being arrested trying to see Nelson Mandela

​Making Things Up:
​“I had the great honor of being arrested with our U.N. ambassador on the streets of Soweto trying to get to see Nelson Mandela.”
Never happened

​Making Things Up:
“This is the God’s truth,” Biden had said as he told the story. “My word as a Biden.”
Fake war story debunked by the Washington Post

​Acute Confusion:
“Stand up, Chuck, let them see you”
To a paraplegic

16. Acute Confusion - When Everything is Right equals 70%

17. Acute Confusion - Over Which Parent Died

​Acute Confusion:
“His mom lived in Long Island for 10 years or so, God rest her soul. Although she’s, wait. Your mom’s still alive.”
It was the dad that passed

​Acute Confusion:
“150 million people have been killed since 2007….(by guns)”
That’s half the population of America

​Acute Confusion:
“Poor kids are just as bright and just as talented as white kids.”
Uh?

​Acute Confusion:
“We choose truth over facts!"
Say what?

​Acute Confusion:
“Make sure you have the record player on at night"
What does playing record have to do with the legacy of slaver?
​          How can we forget his unintelligible rant about “playing the radio and the record player at night” in response to a question about school segregation.

Concerns about the physical and mental frailties of older Presidential candidates are far from a new phenomenon. Over the years, age and mental state of candidates have been questioned. Coming to mind are Barry Goldwater in 1964, Ronald Reagan in 1984 and Bob Dole in 1996.
However, none of the above had consistently shown the symptoms of mental decline before an election as Biden.
And, how can we forget the dishonest former Deputy Attorney General Rod Rosenstein who two weeks into his job, secretly recorded President Trump in the White House to invoke the 25th Amendment to remove Mr. Trump from office for being “unfit”.
Let’s for once as a country be honest.
​As a physician who has seen many cases of dementia, it is sad to watch another human being battle cognitive decline. From the above facts, it is my opinion that Biden suffers from mental decline, commonly referred to as dementia.
The sad thing about dementia is that is always progressing, never reversing.
​          As President Trump said at rally held in March, “They are going to put him in a home and other people are going to be running the country.”
Unless otherwise noted, you can republish our articles for free under a Creative Commons license. Here’s what you need to know: