SafeCare®
The Epidemic of Physician Burnout
An erosion of the Soul of Medicine. 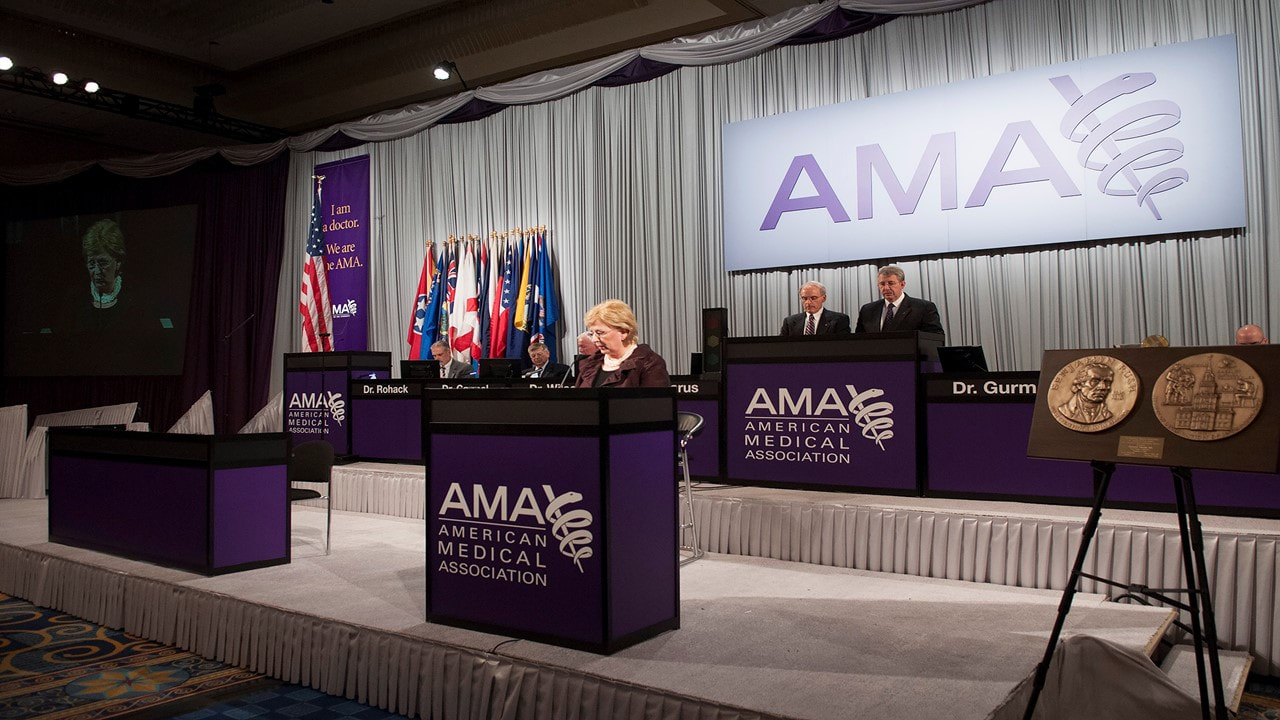 Epidemic of Physician Burnout
​By Ardis Hoven, MD, Former AMA President, Chair World Medical Association
FRANCE
​December 23, 2015
Physician discontent is the canary in the coal mine for a dysfunctional healthcare system.
​Yisrael Safeek: Welcome Dr. Hoven. In addition to being the Chair of the World Medical Association, you was President of the AMA and authored in 2011, “Physician burnout: a potential threat to healthcare reform.” Burnout has been described as “an erosion of the soul caused by a deterioration of one’s values, dignity, spirit and will.” A March 2015 Medscape survey of 20,000 physicians show that close to 10,000 experienced burnout and some studies estimate physician burnout as high as 75%. Is burnout on the rise and is this is something we have to be concerned about?
Ardis Hoven: I think clearly that the recognition of burnout and all the variables associated with it has become more prominent. We are now able to talk about it more, we know what it means, and how we define it. We have seen situations around the practice of medicine which have been challenging for many physicians, we’ve seen a lot of change in the regulatory world, and we have seen a lot of demands and mandates around many of the administrative things that physicians are required to do. The site of care is more complex, the environment has clearly become more complex and yes, we have seen or we have recognized more burnout amongst the physicians in our communities.
YS: A 2007 study showed approximately one-half of the intensivists suffered burnout. Another study, 60% of primary care physicians. Yet another national study of approximately 8000 surgeons found that over 6% of US surgeons had thought of killing themselves within the past year. The World Medical Association just issued its Statement on Physicians Well-Being. Are any physicians immune to the risk of burnout?
AH: I think that no physician is immune to burnout. We have physicians that are at greater risk, such as the frontline physicians including emergency room physicians, hospitalists, family medicine and internal medicine physicians where the point of care may be acute and chaotic. I don’t think any physician is absolutely immune to the risk of burnout.  Caring for really sick people at really important times of their lives is a blessing that we are given, but at the same time, it places very high demands upon us. Being involved in life and death issues every day for many physicians is a very high stressor. One of the classic examples of this is what we were seeing during the initial years of the AIDS epidemic. Daily we had patients coming to see us, not knowing the cause of the problem, knowing they would soon die, recognizing their pain both emotional and physical, and the suffering by their families and friends.  It is in such situations where physicians found themselves in great stress, and in the greatest need for being able to take care of themselves properly. 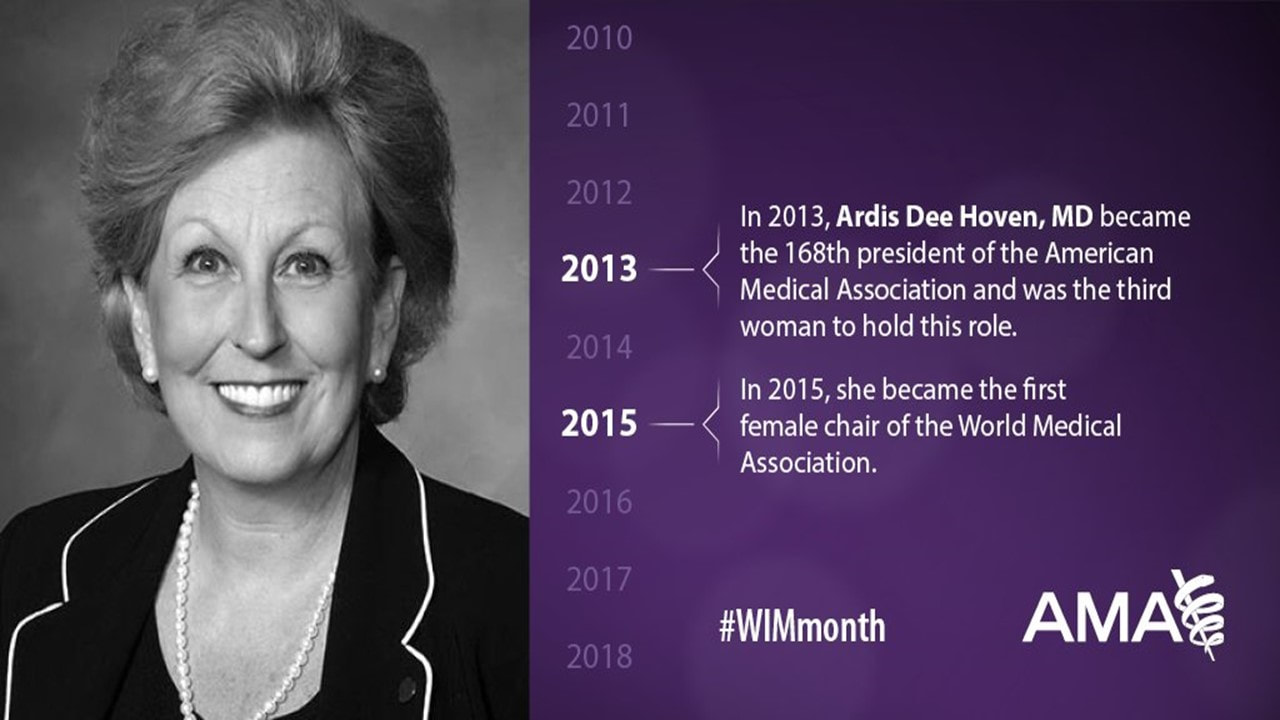 ​YS: What sort of screening tools are there to identify physicians in distress?
AH: I know of the MBI, the Maslach Burnout Inventory.  We do need something that helps us recognize when our colleagues are at risk, but I am not knowledgeable enough to speak about the value of the MBI or any other tools for that matter.
YS: Is there a role of screening tools to identify physicians in distress, and should these tools be utilized the entire spectrum of a physician’s career?
AH: Such tools if available and worthy of providing good and actionable information would be valuable throughout the entire career of the physician...just simply saying this person is at risk, may or may not solve the problem. It’s one thing to measure something, it’s another thing to do something about the measurement, and tools may be helpful if proven to be accurate and worthy of consideration. But even more importantly,  if you're going to use a tool of some sort, you must  be prepared to provide the points of management that are going to remedy the problem if there is one. Simply measuring something isn't going to work.
YS: A survey of 7900 participating surgeons done by Mayo researchers showed that 700 or 8.9% of these surgeons revealed that they have committed a serious error within the past three months. How does burnout undermine the quality of patient care in your opinion?
AH: In any discussion about burnout, you have to consider the issue of physician dissatisfaction. Physician dissatisfaction in any healthcare delivery system, most likely says that there is something wrong with the way the system is working. So physician discontent or dissatisfaction which can lead to burnout may be the signal for a dysfunctional healthcare system. When physicians don’t feel they can provide the highest quality care for whatever reason, that’s when the risk of burnout comes into play. The system itself may be the problem, not the physician. The physician actually becomes symptomatic because the system isn't allowing him or her to provide the kind of care that they know they can and want to be able to provide to their patients.  In fact, it was Dr. Christine Sinski that actually said – “physician discontent is the canary in the coal mine for a dysfunctional healthcare system”. Clearly, burnout is a symptom of other problems as well.  Is it the only cause of impaired quality of care?  No.  One must look at the total environment of care and the system or infrastructure in which that care is being delivered. 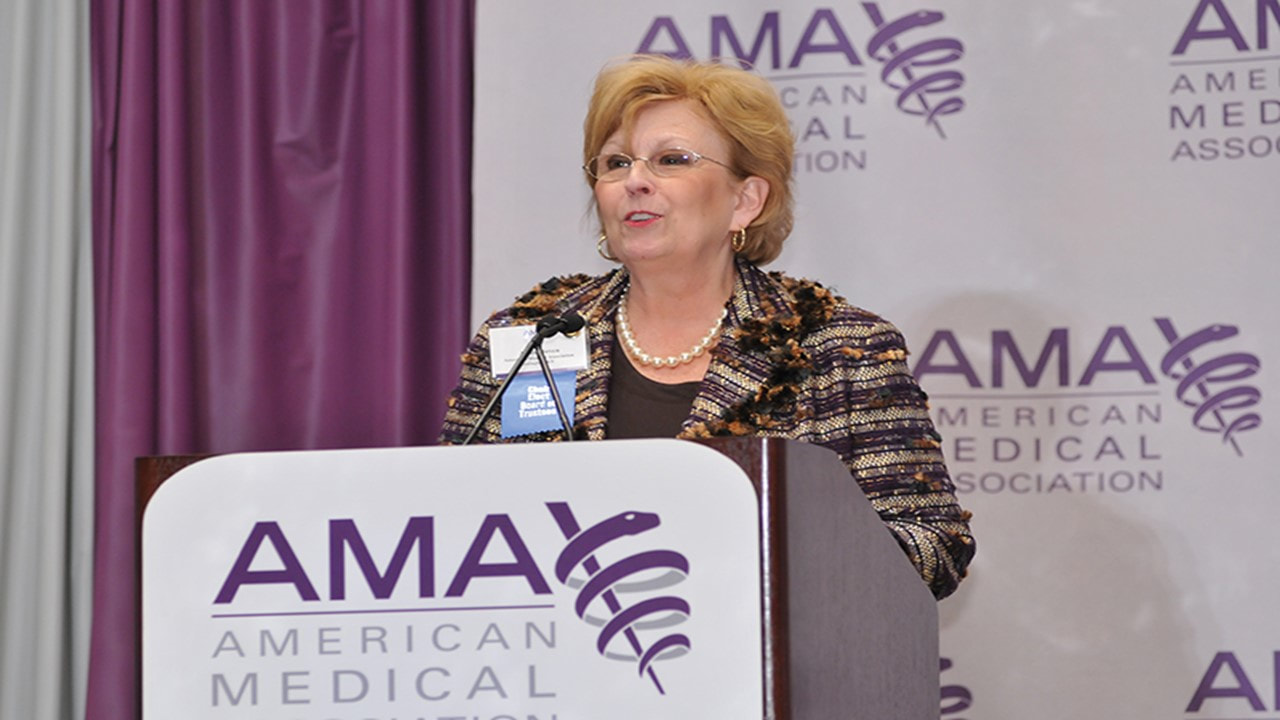 ​YS: As you know, our profession often attracts highly driven individuals with a strong sense of duty - giving and sharing mentally, emotionally and physically to patients. Are those who are the most dedicated and committed the most at risk?
AH: We know for a fact that the medical profession is at greater risk for burnout than the general public or other professions. I believe that the type of individual that is attracted to medicine is emotionally and intellectually so determined to do what's best for their patients, they put themselves on the line everyday doing it, and they expect great things to happen for their patients. They are at risk because of that.
YS:  What are some of the causes of burnout? Is organizational change part of the solution?
AH: Definitely organizational change is necessary to affect improved outcomes. We know going forward that we have to create different work environments. Some of the main causes of physician burnout are the work environment that is overregulated, controlling, and threatening. Organizational factors affecting the practice environment, workload expectations, billing, coding, overscheduling, EMRs, and risks for litigation seem to contribute immensely.
One of the basics that I have always believed in, is that satisfied physicians are more likely to have satisfied patients, and satisfied physicians are going to be working in places that have directed their attention to and corrected the problems. Physicians must be able to work smarter, spend more face to face time with their patient, doing what they really want to do rather than having to deal with all the administrative issues, all the data input into the EMR, all the documentation that we know probably half of which does not improve patient care, and lends itself to great dissatisfaction amongst physicians.
Another issue is that of old staffing models which  are not ideal as we seek to improve  providing care in new and better delivery care models. We must continue to make the changes. Once we get there, I think physicians’ will be a lot more satisfied and happy in the environment. The regulators have got to take a different approach as well in what they're doing and how they're doing it. Requiring us to do more doesn’t make us do anything any better, and we have seen that play out over and over again. Those changes have got to take place. Some of them are already beginning to take place, but clearly we have a long way to go. 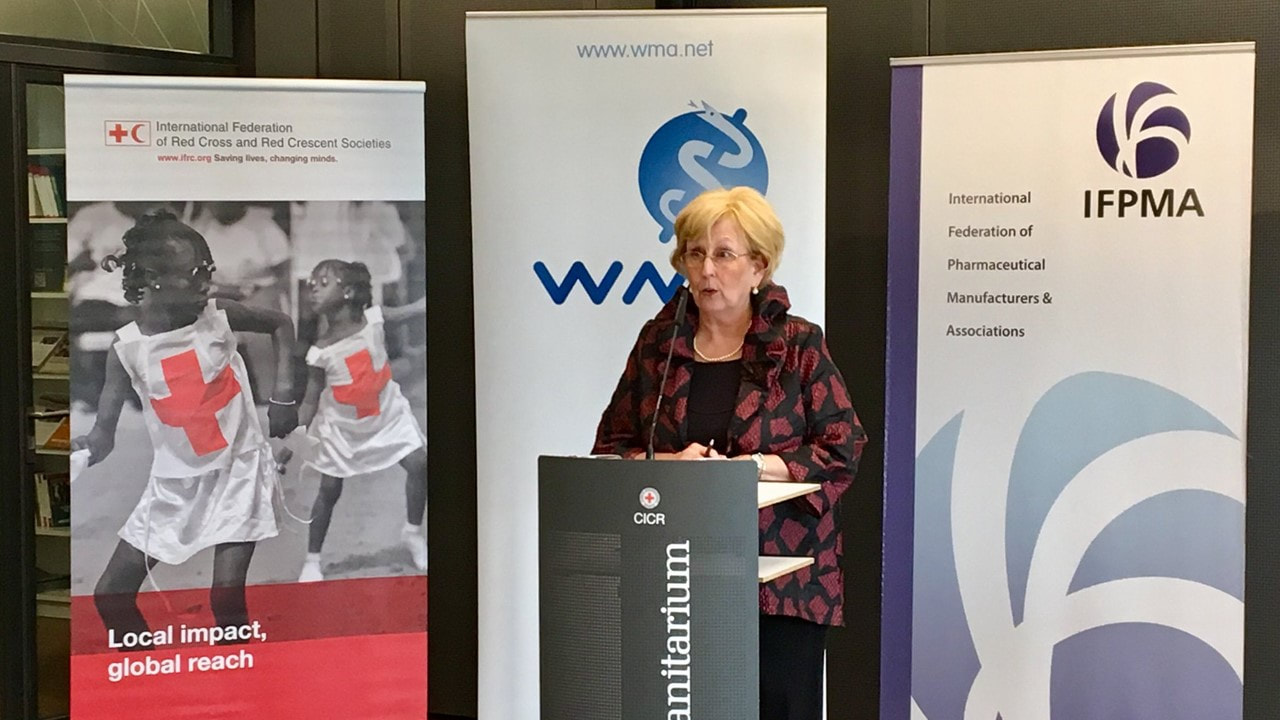 ​YS: Unfortunately most of the resources and referral strategy currently available focus on physicians at the extreme, those who were at the tail end of burnout with anger management issue, substance abuse or dependence. Why do physicians avoid or delay seeking help?  Is it personal pride?  Does it have to do with invincibility, denial?
AH: I think it’s all of the above. First and foremost, their first priority is to take care of patients. They put themselves and their issues on the backburner. Such  issues, be they mental health issues or physical health issues becomes secondary and the patients, the practice, the hospital -- those are the first priorities, and they also put their families and their personal lives on the backburner because they have priorities for their patients. So when they develop acute crushing chest pain, it’s obvious what needs to be done. But on the other hand, someone who is dealing with depression, who is having trouble with their marriage, who is having potential problems with alcohol or substance abuse, those struggles are deemed less urgent, and thus relegated  to the backburner. They perceive their first priority is to their patients no matter what. The culture of medicine and our work places, has not allowed or encouraged physicians or medical students to be human.
YS: Airlines have the right to know a pilot’s medical history. Should a physician’s wellbeing be public knowledge for the good of the public?
AH: The question of should physician wellbeing be public knowledge is the very thing that would drive everything further underground. Simply asking the question is enough for physicians who are already hesitant to let anybody know that they may have a physical health issue or a mental health issue is going to bury the whole concept very, very quickly. You will have done a disservice to the patients and disservice to the physicians. There has got to be a much better way of managing this. Being proactive and providing an environment early in a process will have better results for all concerned.  Mandating something without proven effectiveness or value is simply counter-productive.
YS: Do patients have a right to know if their doctor has a disorder, or are we dealing with a physician patient instead of a physician?
AH: The physician should have all the same rights as their patients have in protecting that information. Now, clearly, if the disability or the illness impairs their ability to provide care, that becomes a responsibility of their partners, the practice, and the hospital or wherever they may be. This is when it gets really difficult. I think all of us throughout our careers have been involved in situations in which we had to say to a colleague, “You are not fit to do this.” This brings about a lot of pain because we don’t want to be whistleblowers, we don’t want to cause someone else discomfort, but we have to be able to create a safe workplace environment.  We must remove the barriers that allow isolation to occur in order to protect the patients and protect the physicians. 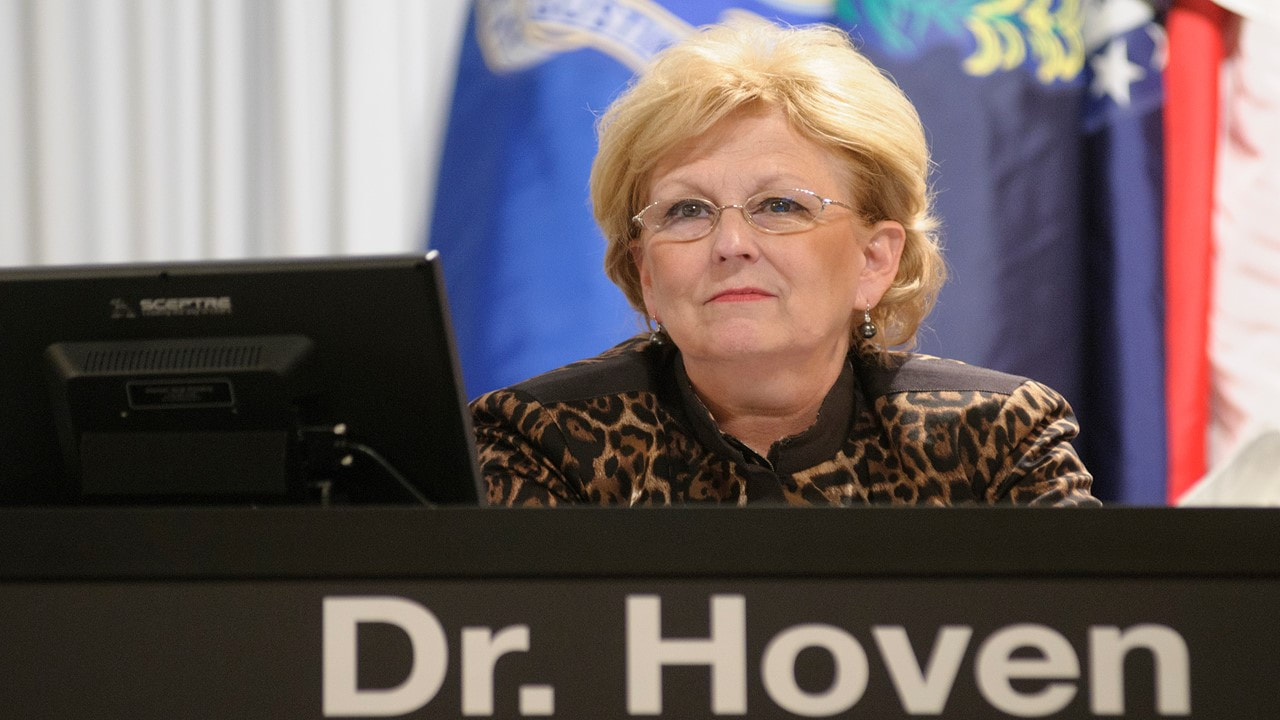