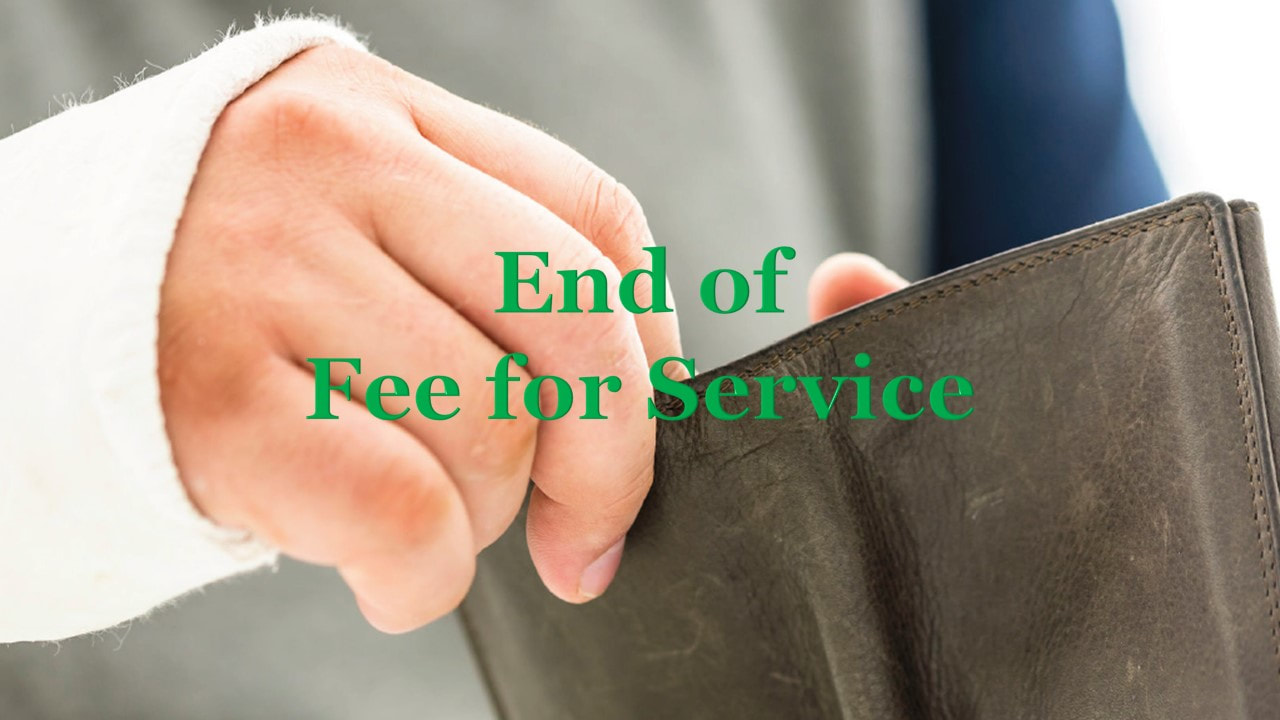 The End of Fee-for-Service. Really?
​By Steve Jacob, MPH, MA, MSBA
January 7,  2016
​          According to a Harris Interactive survey, 6 out of 10 physicians believe the fee-for-service system encourages them to deliver “an appropriate amount of care” and that capitation puts too much risk on the provider. Only about 1 out of 3 believe fee-for-service encourages excessive or expensive care.
Physician engagement is critical in the process. However, 9 out of 10 physicians say their greatest financial concerns about VBP are receiving inadequate reimbursement and being penalized for circumstances out of their control.
According to an MGMA survey, physician practice executives said working with payers to implement new payment models was an intense challenge in 2013. That concern ranked only behind rising practice expenses.
Most practices said they wanted to explore new Medicare payment models, but were reluctant to do so because of the ever-present threat of the SGR cuts.
The whole concept of pay-for-performance incentives has been called into question. There is some evidence that such incentives reduce creativity and motivation in tasks as complex as practicing medicine, and that they may redirect attention away from tasks that are not being measured. A Robert Wood Johnson Foundation essay argued that pay-for-performance schemes need to capitalize on the inherent desire by most physicians to provide excellent care while striving for a mastery of skills, professional purpose and autonomy.
A Cochrane Collaboration review of studies found no evidence that pay-for-performance financial incentives improved patient outcomes or quality of primary care.
Remarkably, about 1 out of 4 physicians said they did not know whether they were participating in any pay-for-performance programs.
Health-care executives sense the obvious resistance. Paul R. Goldberg, CFO of Jersey City, N.J.-based LibertyHealth: “The medical staff is always the hard part of the process. Doctors aren’t seeing anything (economic) on their side related to this (VBP).”
Peter J. Holden, president and CEO of Jordan Hospital in Plymouth, Mass.: “I told (the physicians) front and center that if you don’t learn and you don’t embrace and you don’t exert influence on what’s coming, you could be one class away from painting houses.” John Hensing, Phoenix-based Banner Health’s executive vice president and chief medical officer, said that a physician’s age often influences his or her reaction to VBP. “If you’re 60 years old, ride it out. If you’re 50 years old, fight it. If you’re in your early 40s, you say, ‘What does the future hold for me, and what am I going to do about it?’ And if you’re just starting out, you may say, ‘That’s the way things have always been.'”
Unless otherwise noted, you can republish our articles for free under a Creative Commons license. Here’s what you need to know:
Featured